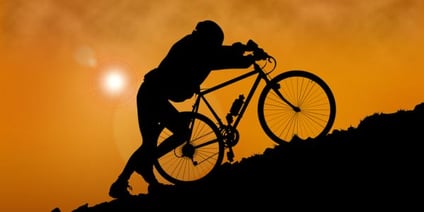 Let’s face it – outbound sales can easily become monotonous and frustrating. You spend hours doing the same thing again and again, you face constant rejection and you’re measured on just about every action you take. It’s not difficult to lose focus and motivation.

Keeping your team motivated and engaged is one of the top priorities of anyone leading or managing an outbound sales team. Here are some of the most popular ways managers keep their teams motivated:

Most people involved in outbound sales are motivated to some degree by money. In addition to your commission structure, spiffs and sprints can also be very useful in providing motivation and increasing focus.

Whether you’re focusing on a certain product, type of meeting or you’re simply coming up on what you know will be a slower time of year, a specific incentive can heighten the focus of efforts and results.

For example, as we were ending our year last year, we knew the last two weeks of the year were easy times to get a bit lazy. So we instituted a sprint with a cash award to anyone who exceeded his or her previous 90-day average of conversations. This turned what is usually a dead time into one that actually beat the first half of the month.

Contests, in moderation, also bring great motivation. Sales reps tend to be very competitive, so creating the opportunity to “beat your peers” creates a higher level of engagement.

Contests can work well on an individual or team basis, and most experts agree that you should mix the two. Team contests can be especially useful when trying to bring a new hire up-to-speed. Put them on a team with senior producers and you often see informal mentoring taking place as the senior producers want to win.

When creating contests, be careful not to use them for everything you do. We recommend not running more than a contest a quarter. Too many contests turns into background noise and it loses its effect. It’s also better to keep contests relatively short-term (4 weeks or less), as longer-term contests (like President’s Club and the like) don’t have the type of impact to address the issues we’re talking about here. It’s also important that the reward be delivered in close time proximity to the end of the contest.

A good manager knows when their team needs some motivation. Walking in one day and announcing something like, “Who ever sets the most meetings in the next two hours will get dinner for themselves and a guest…on me,” can often have a bigger impact than a commission check.

Don’t limit these rewards to monetary items alone, and don’t be afraid to have a little fun at your own expense. I know a sales manager who noticed that one of his reps was struggling with overcoming objections. He went to the rep and told her, “If you overcome the initial objection for each of your next five calls, I’ll do 50 push ups right here.”  That small act had more impact than all of the training he had provided until that point.

It’s easy to forget that your reps hear you everyday. No matter how much experience or expertise you have, over time your voice is going to get tuned out.

Bringing in outsiders to share insights and best practices is a great way to overcome that monotony, even when they’re saying the same things you are. While we certainly encourage bringing in outside trainers, these speakers do not have to be highly paid trainers or speakers. They could simply be peers you have at other companies. A new voice can often be highly motivating.

These last two tactics are less about situational motivation and more about sustaining motivation. The best way to keep people engaged and motivated is to ensure that they understand what they’re doing, and more importantly, why they’re doing it.

It’s important that you keep your team updated on what’s happening around them. How are things going for the organization and so on. When ambiguity or confusion set in, people get worried and lose motivation.

While everyone will lose focus from time to time, by integrating these tactics into your managerial plan, you’ll find your sales reps will be more motivated and engaged; and perform at a higher level.

How One CEO Made His Contact Center a Home >

How to Create The Perfect Cold Calling Script For Call Centers >

How to be Successful in Outbound Sales >

The 7 Critical Attributes of an Outbound Call Platform >