5 Tips for a Powerful Script 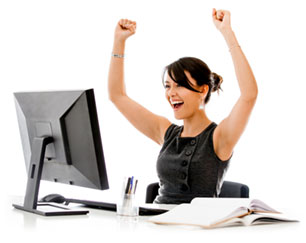 In the high volume, high velocity world of outbound sales development, creating consistent, effective ways for your sales reps to engage with and succeed with prospects is crucial. This is one of the reasons that scripts are so important to successful organizations.

As with anything as important as scripts, when done right they’re tremendous accelerators to success. However, when they’re done poorly, they can kill your efforts. Over years working with hundreds of organizations, as well as growing our own, we’ve learned a few things about the keys to a successful script.

Here are our 5 most important tips:

1.  Go beyond benefits and focus on the impact to your customer.

The biggest mistake we see with scripts is that they tend to focus too much on the “what” that is being sold instead of the “why.” Whenever your sales rep is talking, there are two questions that are going through a prospect’s mind:

A good script focuses on the results and impacts of engaging with you. Don’t waste time on small talk, when you’re reaching out to someone on the phone, you’ve got about 8 seconds (or less) to get them engaged, so start with your best stuff.

A good script sounds like a real person is speaking. It also fits the person that is speaking. There is nothing worse than when you receive a telephone call and you can tell that someone is not speaking naturally.

Make sure your scripts sound authentic. If marketing is writing the scripts, make sure you role play them in your staff meetings and trainings to make the adjustments that are necessary. To make them even better, write your scripts in a way that allow for some personalization on the part of your reps.

There’s nothing worse than talking to someone who doesn’t sound confident. The word choices that you make in your scripts go a long way towards making your outreach successful.

Even small things can make a BIG difference. For example, a common question we see in scripts is, “Is this a good time for you?” You’ll have greater success asking, “Did I catch you at a good time?”  The former is a weaker question, and actually encourages the prospect to think about the interruption. The latter is written more positively and allows the customer to say, “yes” instead of “no.”

“Excuse me sir, how does one get to Carnegie Hall? Practice.”

I’ve always found it interesting that so many salespeople have such negative perceptions about scripts. They say scripts don’t sound authentic. Yet all one needs to do is watch Robert DeNiro in Raging Bull and you’ll see the power and authenticity of a script.

What’s the difference between DeNiro and a sales reps? Practice.

The truth is that everyone has a script. When you deliver an opening message with the frequency that an outbound sales rep does, there’s a script at play. The only question is whether the script you use is purposeful or not. The best ones are always purposeful.

When designing scripts, there’s always a tendency to try to control more than is actually controllable. A good script does two things:

We’ve seen scripts that go three or four levels deep in a conversation, and those never work because there are simply far too many variables at play. If the goal is to have an authentic engagement between salesperson and prospect (and that should be the goal), your scripts have to provide the leeway that allows the rep to respond to the unique components of their call.

Cold Calling Scripts That Get Results >

The Five Attributes of a High-Velocity Salesperson >

How To Develop An Effective Sales Development Playbook >

The 7 Frustrations of an Outbound Sales Manager >

4 Ways to (Ethically) Get Someone To Call You Back >

How to Win the Sale in the First 30 Seconds >

5 Tips to Help Your Sales Team Achieve a Faster Response >

An Important Sales Tool for Your Sales Team … The Script >