3 Tips to Get Prospects Talking 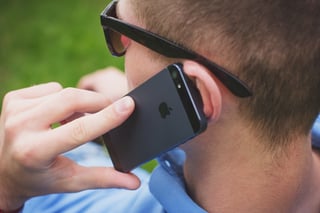 You’ve probably read about the importance of a sales rep’s ability to listen. What doesn’t get as much attention, and is absolutely crucial in high-velocity outbound sales, is the ability to get a prospect talking.

It is highly likely that, regardless of the prospect’s interest level, you’ve interrupted them in some fashion, and they’re not ready for your call. This results in a natural resistance to talk, even if there’s interest.

Think about what you do when you go into a retail store looking to buy something. The salesperson comes up to you and asks, “How can I help you today?”  If you’re like most people, you respond, “I’m just looking.”

That same resistance is even more heightened when the conversation is taking place on the phone. The ability to overcome that resistance, to get your prospect talking, and to turn the whole event into a normal conversation will have a tremendous impact on your level of success.

We’ve had the opportunity to work with thousands of people in this area and here are three simple tips that anyone can use to enjoy more success in this area.

Well, even before you humanize your script, be sure you’re using one. It’s a funny thing we’ve noticed, but top performing sales reps embrace scripts, while those that struggle don’t seem to like using them.

Remember, in a job like this one, you’re using a script (you say the same thing so many times that whatever you’re doing becomes a de facto script), the question is are you using a purposeful one.

A strong script does several things that get prospects to talk, including:

The fourth point is crucial. Far too often scripts sound like a sales manager or marketing executive wrote them. They’re filled with buzzwords and they’re swimming in benefits. The only problem with them is that they sound like the only people who would say things like what’s in the script would be salespeople.

Your script should sound and feel like you. How would you start the conversation if you were talking with your best friend?  Then that’s probably how you should start your script when you’re talking with someone you’ve never met.

When you sound real, the person on the other end of your call is more likely to respond positively.

The biggest mistake we see in sales scripts is that the sales rep talks too long and too much. The goal of an effective introductory call script should be to get the prospect talking as quickly as possible.

The best way to do that is to answer a question that provokes a response. Questions like, “Is this a good time,” may be necessary, but they don’t get prospects talking.

A provoking question does two things that get prospects engaged in the conversation:

For example, “I’m curious, what steps are you taking to reduce your home’s energy costs?” gets your prospect thinking – about their problem and your solution, and their answer tells you a lot about their knowledge, sophistication and needs, that allow you to deepen the conversation quickly.

The “Tell Me More” Technique

This is one of my favorite techniques. Oftentimes you get a prospect talking, but they’re not saying much. There are a number of reasons for this, but the bottom line is that they’re not giving you the information you need to get out of interrogation mode.

In that situation use the “tell me more” technique. By simply following up an answer you receive with “tell me more,” you’ll see how the prospect open’s up, shares more and gets more involved in the conversation.

The next time you’re struggling to get your prospects talking, try these approaches and let us know how they work.

Why You are Being Ghosted by your leads >

How to Navigate the World of Telemarketing Compliance in 2019 >

5 Reasons Why Call Center AI Will Enhance, Not Replace Agents >

How to Successfully Run A Full-Scale Call Center in 2019 >